Angela Gonzalez’s aspirational journey began at 19 years old when she relocated from Puerto Rico to embark on the promising opportunities Hudson County has to offer. “What drew me to Hudson County was how easy it was to be a part of a diverse community. It is such a big melting pot where everyone is willing to help each other. There are people from all different backgrounds, young, old, and willing to mentor,” Angela shared. She quickly realized Hudson County was the destination to live, learn, and work to achieve her professional goals.

Angela started temping at numerous companies and agencies, looking to find her niche until the role of working in medical billing, as she describes, “fell into her lap.” She developed a valuable medical coding skill set, working her way up to a manager position. Along the way, she built meaningful relationships with the trust and support of physician colleagues and staff, allowing her to apply her expertise to open the doors of her business ASA Medical Billing Services, LLC, in Jersey City.

ASA Medical Billing Service has positioned itself as an important small business in the medical administration ecosystem within Hudson County. The service offers a seamless healthcare approach to physicians and patients through reimbursement methodology. During the pandemic, Angela saw an opportunity to strengthen her business and her skill set to be responsive to the evolving landscape.

The Statewide Hispanic Chamber of Commerce of New Jersey (SHCCNJ) Latina Entrepreneurship Training Series (LETS) proved an important step in Angela’s professional development. “The SHCCNJ, in partnership with the Hudson County Economic Development Corporation (HCEDC), has allowed us to support women-owned businesses of the Hispanic community. Latina-owned small businesses are the state-economic drivers contributing to over two million Hispanic-owned businesses in the nation, which have seen over 87% growth in recent years,” stated Carlos A. Medina, President, SHCCNJ.

Angela has remained steadfast in her ability to learn and develop as a business owner amidst challenging times. “HCEDC helps people understand their business during changing times. Businesses need to recognize potential barriers and risks by developing a plan of intentionality that focuses on preparedness for relevant issues,” explained Michelle Richardson, Executive Director, HCEDC. Michelle continued, “Meaningful partnerships formed with national and local nonprofits and state agencies allow us to address and assist small businesses navigating the constantly changing landscape with designated programs such as our Climate Change Business Resiliency series.”

With the assistance of local economic development nonprofits, Angela has been empowered to redefine her business goals, learn new trends in marketing, and plan for potential risks. Angela reflects on future endeavors by sharing, “ASA Medical Billing Services will be celebrating its 20th anniversary in December, and as a way to give back to the community, I established three years ago the Medical Office Technologies Institute (MOTI) program to train students preparing to graduate high school in the healthcare coding professional industry to prepare the next generation of Hudson County residents for the future.” 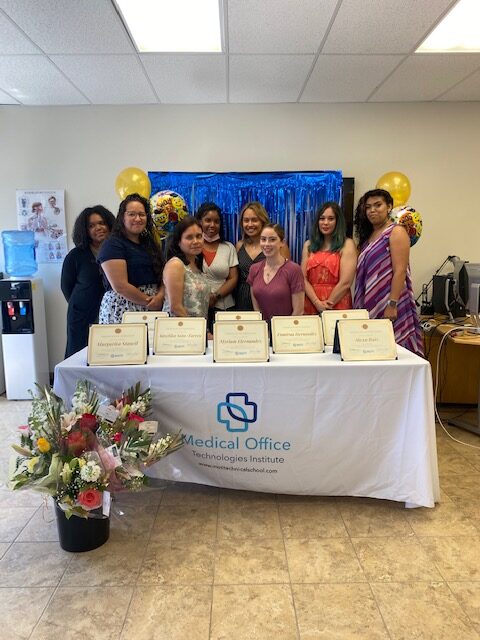